As soon as passengers have settled in the airplane and the flight takes off, there is a lot of anticipation of on board meal. What is on the menu today? Is there gluten free meal available or not? Do they have vegetarian meal or not?

However, there are many intriguing questions for people interested in knowing how catering works. In this post, we will explore airline catering facilities and aircraft catering equipment to explain how the whole flight catering system works.

What we'll cover in this article

An Airbus A380 can have more than 500 passengers on board. These airliners can easily have long haul flights of more than 15 hours flight time. An airline needs to provide meals and snacks to all passengers and crew remaining onboard for extended periods of time.

To further compound the situation, busy airports around the world have hundreds of flights per day and preparation, packaging and management of meals and catering supplies becomes a big challenge airlines.

Apart from the primary objective of serving in-flight meals, the same catering facility can be used for serving airport lounges and airline staff offices.

According to Business Insider April 2019 Report on Emirates Flight Kitchen in Dubai, it is the world’s largest catering facility that prepares around 225,000 flight meals a day and 110,000,000 flight meals a year. It receives 3,000,000 pieces of tableware a day for washing and packaging.

Emirates has 1,800 chefs working around the globe who develop more than 1,300 menus a month for different flight routes and destinations. Generally, menu of each flight is inspired by cuisines and culinary style of the arriving destination.

Meals served on the aircraft by the airline are not prepared on board. There is a facility dedicated for preparation of flight meals called Flight Kitchen that is located at the airport or its vicinity.

Flight kitchen is simply a large facility for mass preparation of flight meals. It has a team of chefs and catering staff working 24/7 in shifts preparing meals for their airline.

For example, the Emirates Catering Facility referred above is a multiple story facility with different sections assigned for different jobs such as dish washing, servicing of meal trolleys, preparation of appetizers, preparation of deserts and a separate cooking and meal preparation section for Asian, Subcontinent, European and Middle Eastern food respectively.

Flight kitchens don’t give a kitchen vibe at all if you neglect the appetizing aroma of different meals being prepared. They rather give the impression of a factory or facility that is not cooking food but manufacturing it in a production line fashion.

The importance of hygiene and safety in Flight Catering Facility is of paramount importance. Flight kitchens can have Food Analysis Laboratories on site to conduct different tests important for compliance with food standards.

Owing to the technology and automation involved, Flight Catering Facilities can have in-house maintenance workshops and team of engineers and technicians for maintenance of equipment.

The complete catering process of airlines consists of several main steps as given below,

1. Flight kitchen receives order of the meals to be served onboard for forthcoming flights. The order is based on a meal plan already prepared in advance for the different flights operating at any given day.

2. Kitchen staff checks the different meals requested on the menu and prepares a plan for preparing the meals in advance.

3. Kitchen staff cooks the meals and make portions of the meal ready to be served to passengers and crew.

4. This cooked food is generally not sent straight away to the airplane. It is first cooled down at a storage temperature.

5. The meals that are now in the form of packages are loaded on meal trolleys. Several fully loaded meal trolleys become ready to be transferred to the aircraft and are sent to flight kitchen loading bays.

6. The flight kitchen loading bay is a place like any other logistics facility loading area where a designated gate is assigned for parking a truck with its rear bumper aligned with the bay gate so that from the facility’s side, it appears as if things are being transferred from the facility to a room. All meal trolleys are loaded up into the Aircraft Catering Truck.

7. At this point, the meal trolleys leave the Flight Kitchen and the Aircraft Catering Truck travels to reach the aircraft stand where the respective aircraft is parked. There are several security checkpoints the truck goes through before it finally reaches the aircraft.

9. It is the responsibility of Ramp Supervisor and airline crew to make sure that the unloading of old catering supplies and meal trolleys is finished by the time the freshly loaded Aircraft Catering Truck reaches the aircraft stand. It requires coordination between ground staff, crew onboard and flight kitchen.

10. Once all of the existing catering supplies (mainly used up meal trolleys) have been loaded up on the truck, it leaves allowing the freshly loaded truck to engage with the aircraft.

In this way, the fleet of Aircraft Catering Trucks keep moving back and forth between apron and flight kitchen to replenish flights catering supplies.

Meals are prepared and dispatched from the flight kitchen for each flight individually. When an aircraft lands and after passengers have deplaned the airplane, its catering supplies have to be replenished for the next flight. The ground support equipment responsible for replenishment of catering supplies the aircraft catering truck.

A catering truck stores meals in meal trolleys inside its container. It has a scissor lift elevation system to raise the container to the level of aircraft door and make a safe bridge connection through an adjustable platform to allow the staff to replace meal trolleys. It has has stabilizers to make sure the catering truck does not sway under wind pressure or staff movement once engaged with the aircraft.

After catering truck is done with the aircraft, it goes back to the flight kitchen where all retrieved trolleys are unloaded and flight kitchen staff clean and service these trolleys to make them ready for the next flight.

Different aircraft catering trucks have different service heights, container sizes and payload rating based on the largest aircraft they are designed to service.

Aircraft catering truck manufacturers manufacture many different variants for airlines and ground handling agencies to select from based on the aircraft fleet they operate.

For example, Mercedes Benz Econic Catering Truck comes with 360 deg. camera coverage that allow the driver to view everything around the truck and eliminate risk of accidents due to blind spot. It also has radar sensors installed on truck sides that alert the driver if it is getting close to any person or any other ground support equipment on the apron.

Another example is the automated trolley movement system in catering truck containers by manufacturer ATL Systems. The container is fitted with an automated trolley conveying system that automatically brings new trolleys forward towards the aircraft door. It reduces loading and unloading time by eliminating the need of airline staff manually organizing food trolleys inside catering truck container.

So this is it from our side. If you liked our article, please do share it with like minded people in your circle so that our effort reaches at more and more placed where it is helpful. 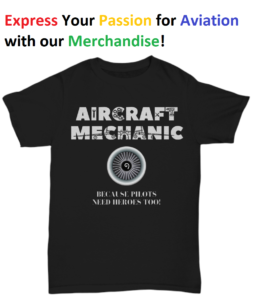